-Free WiFi. Many airports already provide this helpful service. Others are still hanging on, like expensive hotels, to fees in the neighborhood of $9.95 per day. But who needs it for an entire day? And for the money the airport makes versus the public goodwill this amenity would inspire, it’s a no brainer.

-Make jet communication systems comprehensible. It’s amazing. We can fly a jet full of people around the world, but we can’t make an intercom that works. Poor com systems are a lot more prevalent than you’d think.

-Uninstall so-called safety beepers on transport carts. I know this is Federal law, not airport policy, but the noise pollution these infernal beepers introduce is incredible. And for what? Before they were installed how many people were hit by carts? If they were removed, how many incidents, really, would airports experience each year? Not many. Why can’t we depend more on the common sense of drivers and walkers than on nanny-government oversight?

-Offer Cell Phone-Free Zones. Sounds impractical Ior impossible, but airports are now offering glass-enclosed rooms for smokers. Why not rooms for workers who want to focus without the benefit of someone sitting beside them who initiates a loud-voiced cell phone call? Interestingly, some airline clubs, like Delta’s Sky Club, offer such rooms adorned with a sign featuring a red-circled cell phone with a line through it, i.e. No Cell Phones. So you think, “Great, a noise free room.” Think again. All these rooms feature large flat screen televisions turned on and turned up.

-More Electrical Receptacles. The number of available receptacles is growing but not by much. Some airports offer posts of receptacles, but these are few and far between. Some older airports don’t seem to have any receptacles for the public. Like free WiFi, this is a modern convenience. Virtually everyone is virtual, or wants to be, so why not grant them the power to charge phones and connect online in between flights?

American airlines and airports are already falling behind international counterparts in how they treat customers and what’s considered reasonable support for travelers. These adjustments would help. Any one of these amenities would make for happier fliers. Sure, they all cost something, but the trade-off in customer goodwill would be substantial.

>Posted in Atlanta’s Hartsfield-Jackson International Airport without power and without free WiFi. 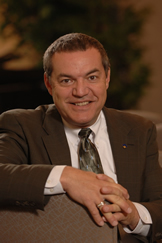